Who is Jim Enrique Tolbert? 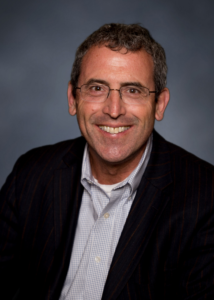 Jim Enrique Tolbert is the Chancellor of Universidad Santander USA.

Prior to forming EFG, Mr. Tolbert was the Chief Financial Officer and a Shareholder of Virginia College, a Birmingham, AL based career college, until the sale of the company in December 2004.  Prior to investing in and joining Virginia College, Mr. Tolbert was the Founder and CEO of Career College Loan Company, a specialty consumer finance company, providing tuition financing to the for-profit education sector.  Mr. Tolbert has also worked for McKinsey & Company in the Financial Institutions Group and Morgan Stanley International in the Mergers & Acquisitions Department.

Mr. Tolbert is the former Chairman of the Board of Directors of the Career College Association, his company’s industry association, and served nine years on the Board Directors, four of which were as an officer.

Since moving to Dallas in 2008, Mr. Tolbert has served on the Executive Committee of the Jewish Community Relations Council, the Israel Bonds Cabinet, the Executive Committee of the Board of Directors of the Dallas Holocaust and Human Rights Museum, and The Jewish Federation of Greater Dallas.  Mr. Tolbert has also been active with the American Heart Association and the Dallas Worlds Affairs Council.